When you're faced with a dangerous situation; whether it's protecting yourself from a deadly bullet, knife attack or explosion... you've got to be prepared...

In potentially deadly circumstances, having the best body armor and tactical gear helps you conquer these situations.  T&T Uniforms can help. T&T Uniforms is an authorized dealer of the worlds finest body armor and tactical gear. When it comes to protecting your life, you can't cut corners.  We can help you make one of the most important decisions of your life: Body Armor and Tactical Gear. We offer our customers the safest, most comfortable tactical vests, tactical gear and accessories available.  Allow us to custom fit you with the body armor or tactical vest most suited for your line of duty.

Custom Tailored Body Armor should be one of your highest priorities.  Don't make the mistake by purchasing Body Armor from just anyone. T&T Uniforms takes all the guesswork and uncertainty out of the Body Armor equation. From Concealment and Water-proof Vests, to Ultimate Body Armor, T&T Uniforms has you covered...front, back, head to toe!

The NIJ Standards
The National Institute of Justice (NIJ) standards for Ballistic Resistance of Personal Body Armor and Stab Resistance of Personal Body Armor were developed by the National Institute of Standards and Technology’s (NIST’s) Office of Law Enforcement Standards (OLES) and issued by NIJ as voluntary national standards. These are performance rather than design standards, as are most OLES standards. Performance standards clearly specify a minimum satisfactory level of performance for each attribute that is critical to the equipment’s intended use. In contrast, design standards specify the manner in which an item of equipment must be manufactured. Performance standards encourage design innovation and the use of advanced technology, addressing critical requirements only and not such attributes as comfort, color, or style—which are generally matters of user perception or preference.

The administrative procedures for NIJ’s body armor compliance-testing program, which is administered by the National Law Enforcement and Corrections Technology Center NLECTC), are designed to ensure the integrity of the test results. A series of pre- and post-test checks and balances ensure the laboratory’s conformance to the NIJ testing procedure. When a manufacturer elects to have a model of armor tested, the test samples are delivered to NLECTC, where the labels and workmanship are inspected before the samples are given to an independent laboratory for testing. A 2-week period is allocated to accomplish the control function before the scheduled testing date. Following testing, the samples are returned to NLECTC, where test results are verified. The tested samples are then archived.

The NIJ body armor-testing program relies on voluntary participation by manufacturers. However, many police departments require that armor be tested by NLECTC and found in compliance with NIJ standards before they purchase the armor. As a result, most manufacturers design their armor to comply with the standards and have each model tested for compliance by NLECTC. Whenever NIJ develops a new standard, NLECTC distributes the revision to industry representatives for their comments.

Developing the NIJ Standard for Ballistic Resistance of Personal Body Armor
The selection of body armor has become increasingly complex as manufacturers have developed numerous models and designs, the variety of ballistic fabric styles has increased, and the protection requirements of police agencies have changed. All of these factors have necessitated changes in the NIJ body armor standard.

NIJ’s first standard, 0101.00, Ballistic Resistance of Police Body Armor, was published in March 1972 in response to the law enforcement community’s request for a benchmark against which to measure competing manufacturer claims. This first standard provided requirements only for resistance to actual penetration of the vest by a bullet and defined only three levels of protection from various threats. The issue of whether the armor could prevent injury from blunt trauma was not addressed.

In 1975, NIJ requested that the Law Enforcement Standards Laboratory (LESL), the predecessor to OLES, begin revision of the first standard to reflect contemporary research on blunt trauma and the degradation of armor when wet. A revised standard, STD–0101.01,13 was published in December 1978 to introduce the backface signature test for blunt trauma and wet testing. At approximately the same time, the law enforcement community asked NIJ to establish an equipment-testing program to provide independent verification of body armor compliance to the NIJ standard. NIJ entered into a cooperative agreement with the International Association of Chiefs of Police (IACP) to conduct the testing. The first results were published in 1978. Since then, the models and the names of their manufacturers that pass compliance testing have been published in the Police Body Armor Consumer Product List, now known as the Personal Body Armor Consumer Product List (CPL), which since 1999 has been available electronically through the NLECTC Web site, JUSTNET, at http://www.justnet.org. NLECTC also publishes other documents and guides, such as this one, to help police departments select and procure body armor.

Key organizational components of NLECTC’s policy development process are NIJ, LECTAC, NLECTC, OLES, LECTAC’s technical subcommittees, and the testing laboratories. Industry’s role has been formalized through the introduction of advisory boards, whose functions are included below.

NIJ. The Institute funds and manages all the activities of NLECTC, resolves disputes and appeals, conducts needs assessments, and coordinates input from the criminal justice system.
LECTAC. A key element in the policy and standards development process, LECTAC is composed of Federal, State, and local law enforcement and corrections professionals who are appointed by NLECTC with the approval of the LECTAC Executive Committee. LECTAC meets at least annually, and its chairperson keeps in close contact with NIJ and NLECTC throughout the year. The advisory council:
• Identifies critical product and technology needs of the criminal justice community.
• Recommends priorities and methods that form the basis from which standards and policies are  developed.
• Assesses law enforcement and corrections equipment issues, including suggesting research and development priorities. 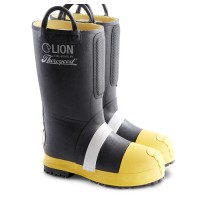